how to leaven your bread the old-fashioned way 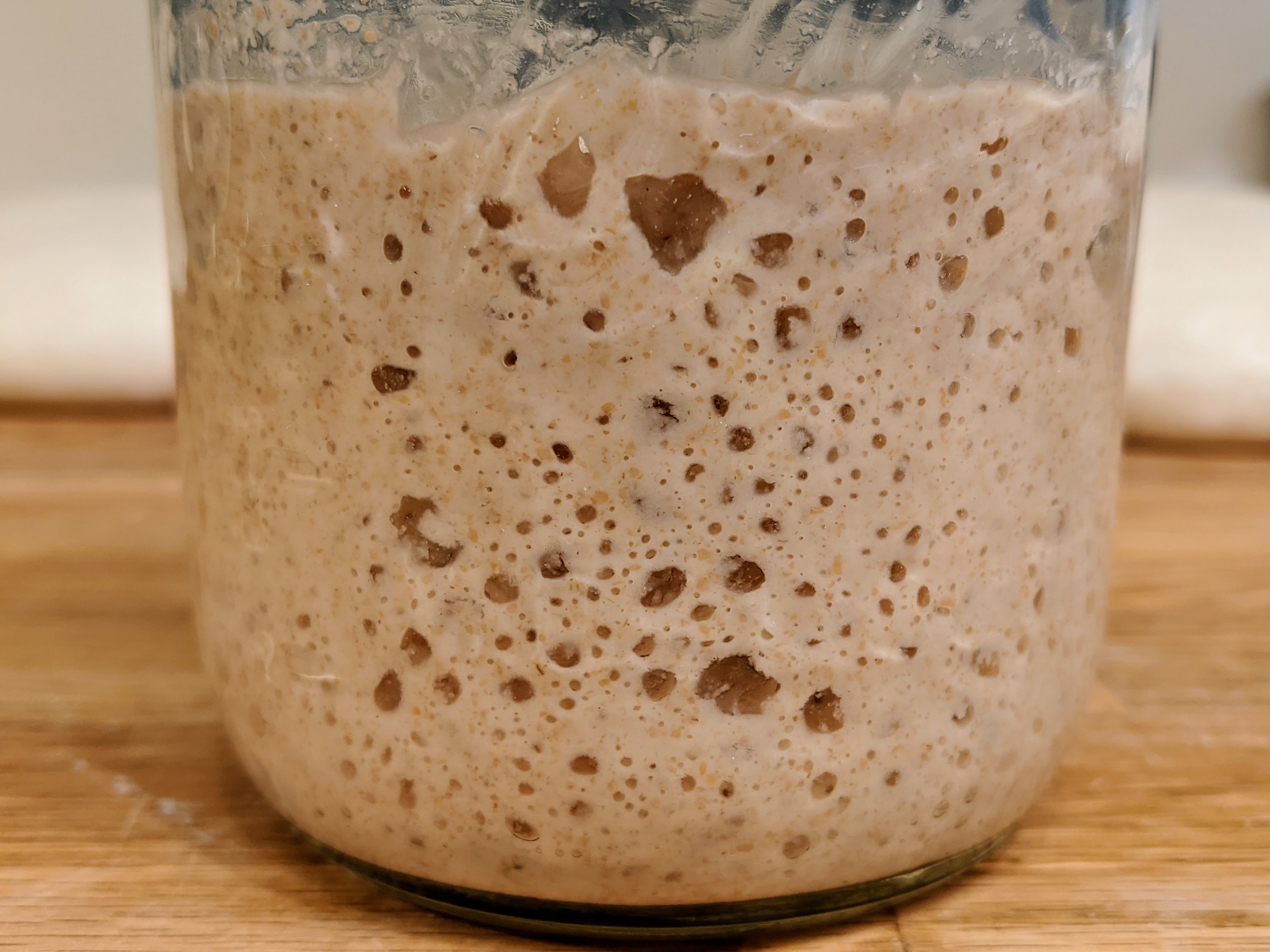 a jar of mature sourdough starter

So how do you get one of these magical starter cultures? You can ask me, and I’ll give you part of mine, but there is some satisfaction in doing it yourself. My best suggestion is to head over to The Perfect Loaf, one of my favorite places to learn about sourdough. Maurizio’s stuff is great, and he has a good procedure for starting a starter that’s pretty much as efficient as possible. Once you have one going, you have to name it. It is the law.

Fundamentally all you do is mix flour and water and hope that the good bacteria and yeast win before the bad bacteria do. The odds are in your favor, though, since the good bois are producing things that make the culture hostile to pathogens.

All you gotta do to make a starter is:

Definitely read the article I linked above, but a few tips to remember are:

The whole point in starter maintenance is to keep your wee culture happy and healthy, and to be able to use some of it to leaven some bread from time to time. It’s a little blob of yeast and bacteria that gradually consumes all of the food (mostly carbs, but proteins too) in the flour and in exchange produces some useful byproducts (CO₂, alcohol, lactic acid, other tasty bits). Once it has consumed all its food, it goes dormant, or eventually dies if you leave it too long. The byproducts are generally hostile to pathogenic bacteria, so as long as you keep it healthy and don’t dump anything really nasty in there, the natural environment prevents it from spoiling.

There’s a lot of lore around starters, and most of it has proven to be rumor and conjecture. All that really matters is that you feed it occasionally and nothing too gross gets into it. I happen to find a 12h feeding cycle convenient, because some recipes can be made from starter directly in the morning and some need a child starter (levain) to be started in the morning or evening, depending on your schedule. You can do a 24h feeding cycle instead, but it’s harder to adjust to your baking schedule when there’s only one opportunity per day to use the starter.

If you don’t want to bake for a while, NBD! Just store your starter somehow. It’s easy, and before the quarantine I usually did something like this weekend baking schedule. Nowadays since I’m home all day anyways, I’ve been continuously maintaining my starter as described below.

I’ve streamlined my starter process a little bit. I basically do one of two things, depending on what my intent is over the next 24h.

Not gonna bake in the next 24h

I just bought myself 12h (24 in a pinch). Now at ~9pm I do the same thing. This only consumes about 50g of flour and 4 minutes per day. If you forget one of them, nbd just do the same thing as always. It might be stressed, so you might want to leave a little more residual starter.

Gonna mix up a loaf in the next 24h

I know that sounds like a lot, but you’ll get the hang of it after a couple tries and you won’t need to pull out the calculator. The math also doesn’t need to be exactly perfect, you’re gonna have a 1-3h window here to use the thing.

How do I know when my starter is ready to be used?

Generally you want your starter to be at its peak when you use it. It’s growing the fastest at this point and is almost done consuming all the available food, so your microorganism population is the highest. If you use it too early, it’ll be diluted too much and won’t be able to leaven your bread (or it’ll take a while). If you use it too late, it’ll have gone into dormancy and it’ll take too long to come back.

Some people like to take a little bit of the starter and drop it in a cup of water and see if it floats. That’s fine, but using your eyes and nose usually works too. It should look really bubbly and shouldn’t have fallen much, if any, from its peak. Check out the featured image at the top for what a fully mature starter looks like. It also smells like fermentation: a little bit of alcohol, a little bit of vinegar. Yeasty, but definitely not foul.

Now you make some bread. I haven’t written that up in long form yet, but here’s a few places to look if you’re impatient: 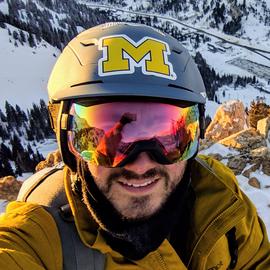