or: how Brandon makes bread these days 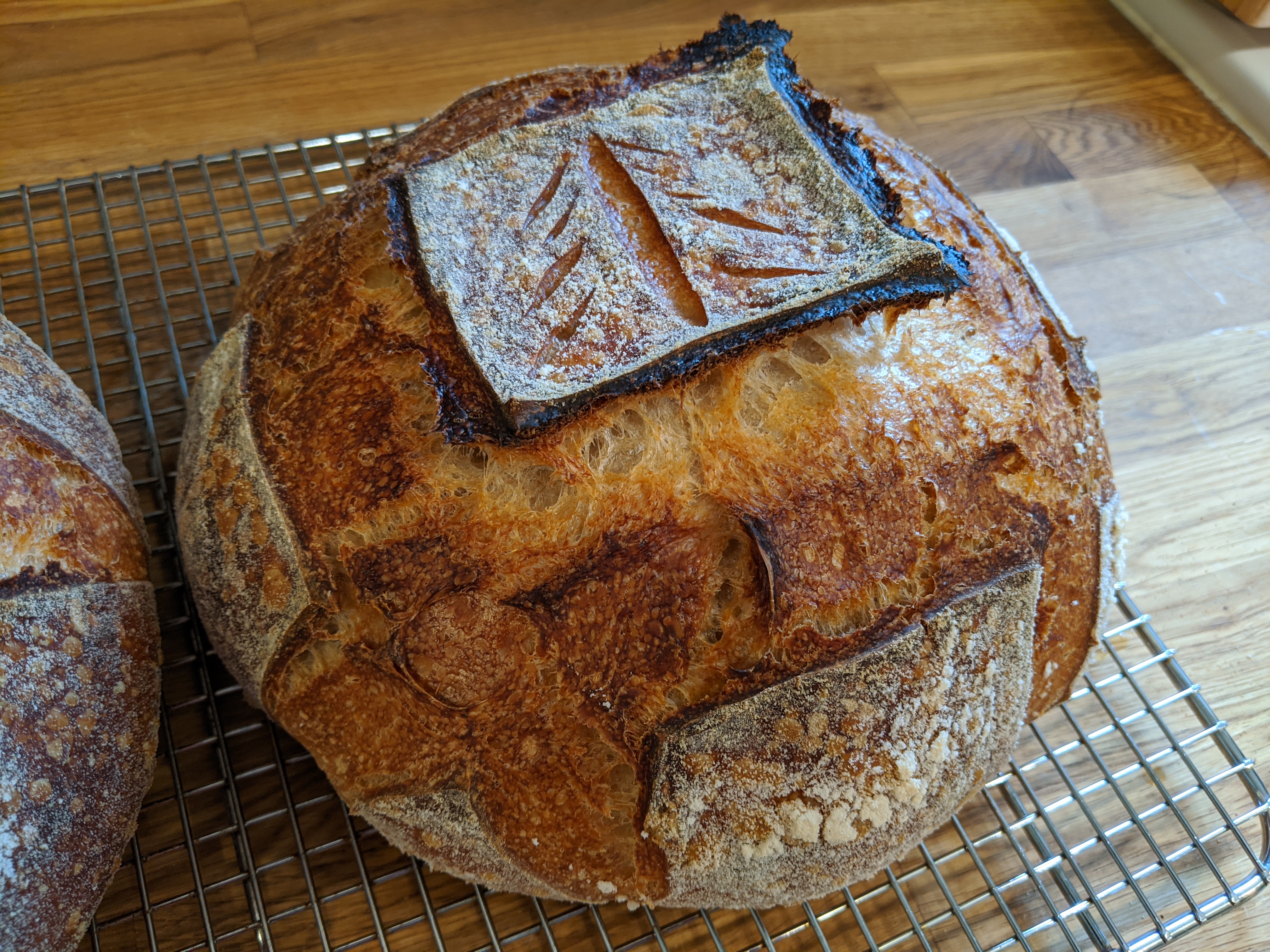 A little bit of history

I’ve been making bread off and on since high school, with varying degrees of success. We had a bread machine during the bread machine craze, which got pretty good use through college. I graduated to no-knead bread in a dutch oven maybe 10 years ago after it got popularized by the New York Times and Cooks Illustrated. All of that bread was fine (certainly better than grocery store bread) but it was never great. The no-knead recipe was a relatively low-effort way of getting fresh-baked bread, but it just became something I did when I needed bread and didn’t really think much about it.

About a year ago, I ended up in a medical study (that’s a different post) that allowed me to eat somewhere around a half a slice of sandwich bread unless it was sourdough. Well in my opinion, Brandon deserves more than a little bread, as a treat. The trouble is, I don’t like sourdough. Or at least I didn’t think I liked sourdough. But I’d rather eat 2 slices of bread rather than a half of a slice so… I bought some sourdough from the store. It was meh, as expected. Too sour. Then I wandered into Zingerman’s and discovered that the farm bread is actually 100% naturally leavened, aka sourdough. I genuinely like farm bread, so what was going on here? I set on a mission to make some good, not-too-sour sourdough that I was allowed to eat. I ended up getting so much more out of it than that.

What is sourdough, anyways?

Sourdough is just bread that’s made with naturally occurring yeast and bacteria instead of commercially produced yeast. At its most basic, it contains only three ingredients: water, flour, and salt. Of course, you have to grow your own little culture of microorganisms in a flour/water slurry, but there’s no added yeast.

At this point, I’ve gotten everything streamlined well enough that it only really takes me 45min of wall time to actually make 2 loaves of bread, assuming I’m not trying out a new recipe and everything goes well. I could probably trim it to 30min if I really was ambitious, but I find the process relaxing and I’m not trying to be as efficient as possible.

First, the fun part! I spent some time over the holidays writing a stream-of-consciousness thread while I was preparing and baking bread. It contains some puns and silliness, but well written it is not.

Below is my original #breadthread in all its glory, and here’s the unrolled thread, which is probably easier to read. I’m bready to answer all your questions, so feel free to ask.

More to come! In the mean time:

The 3 ingredients that you can’t do without:

You really gotta have these for bread baking, regardless of sourdough or not: